It is so hard to believe that 2010 has come to an end, and we are no embracing 2011.  I must say that 2010 was quite an intense year for me.  My health had issues, my hubby went into the hospital, and my daughter had strep throat more times that I thought possible.  To top things off, my Daddy went for a yearly physical, having no problems, and the doctor found he had a blocked artery in his neck and the other was 75% blocked, so they went in and cleaned the blockage.(Major Surgery)   My Papa was not feeling well and went to the doctor and they found he had colon cancer.  They removed the spot in the colon, but they saw a small spot on his liver that they did not touch.  While in the hospital recooperating from surgery, the doctor told us that they were worried about his very low heart rate.  When he was feeling better, he went back in for a pacemaker.  The pacemaker started working, but Papa was not physically better.  He had started drooling and having problems walking.  Back to the hospital....we got a diagnosis none of us expected.  Papa has brain cancer, and it is inoperable.  We took him to the oncologist on the 31st for all his test results and to see where we go from here.  Papa now has a 5 cm cancerous tumor on his liver as well as the one in his brain.  The liver one seems to be growing very quickly, so they told us they wanted to try Chemo for the liver cancer.  If the chemo works, the doctor says he could have up to 2 years, if not, 6 months at the most.  We're praying 2011 will be a year of miracles and blessings for our family, but as always, God's will be done! 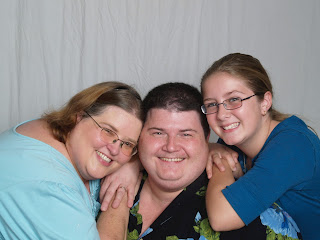