Putting this post together has taken a lot out of me, but I know I needed to do it!  I am not sad to see 2012 end!  This year has been a very hard year for me in a lot of ways, and although it ended on an upswing, it will always be remembered as the year of loss.  On January 26, 2012, my daddy went into the hospital for a heart cath.  We waited for hours before the doctor came out and told us that they could not place stints and would be doing bypass surgery the next day.  When Daddy came up from the recovery room, the doctor explained everything and told me that they would take him down to surgery at 7am.  I asked to stay the night but since Mama was staying, once my hubby and daughter arrived, I went home.  I arrived at the hospital early the next morning only to find that they had already taken him down to surgery.  We waited for what seemed like forever, until the nurse came out to tell us that it was taking longer than expected, but that he was doing fine.  When he finally came out of surgery, the surgeon came by and told us that he had some damage to his heart, but that the surgery went well.  She then encouraged me and mom to go home since he would be out most of the night and since he was in the CCU.  About 2am, I woke up with a bad feeling and called the hospital.  The nurse could not talk with me because she was on the phone with my mom.  I immediately knew something was wrong and started getting dressed.  Within minutes, Mama called and said Daddy was having problems.  I got my hubby out of bed and he drove me straight to the hospital.  Daddy had woke up during the night and wanted his breathing tube out and he panicked.  He started coughing and it threw his heart rhythm off.  They placed him in a medically induced coma so his heart could regain rhythm.  This was Jan. 28th, Mama's Birthday!  While we waited in the CCU waiting room, the surgeon suddenly appeared and told us they were taking him back down to surgery. Daddy was having issues breathing and they needed to see why.  They ended up re-opening his chest, and it would remain open the rest of his stay.  Mama and I never left the hospital until Daddy succumbed to pneumonia and passed on Feb. 3, 2012.  He was 65 years old!  He and my mom had been in love for 50 years and were only a month shy of their 48th anniversary. 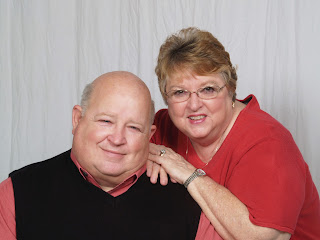 At the end of March, we were told that my cousin Roger, who was like a brother to me, was told that his cancer was worse.  Intense chemo ensued, but in June, just a few days before Father's Day, he joined my daddy, his best friend, in Heaven. 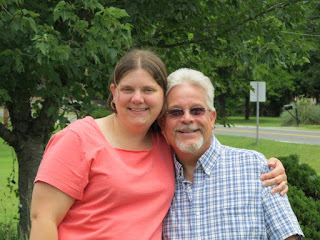 On July the 5th, I called my father in law, who had been sick for about a week, and a police officer answered the phone.  "Dad" passed away during the previous night and was found by the police officer doing a wellness check. 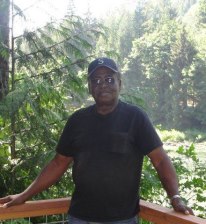 This was the 7th family member we lost during an 18 month period!


During all that was going on, Mike lost his job the end of May.  He found another one within a month, but he took a big pay cut!  HOWEVER...with this economy, we are blessed he is working!

We had a cruise planned before all of this, and we decided to take my mom with us!  Mike, Kat, Mom and I went on a Bahamas cruise and had a great time.  It was hard being without our loved ones, but we did have fun and laugh together.

Kat started high school in August, and she made A-B honor roll the first semester!

I had a few wins this year, but Mike had the biggest win!  He won a trip for the 2 of us to the Marlboro Ranch in Montana!  We are going later this month!!  Pictures and a blog post will follow the trip!

That was our year in a nutshell.  We suffered the loss of 3 important family members by mid year, and yet, the year ended on an upswing!  God never gives us more than we can handle, and this year he has shown me I am stronger than I ever imagined!
By Shelly Leatham at January 06, 2013