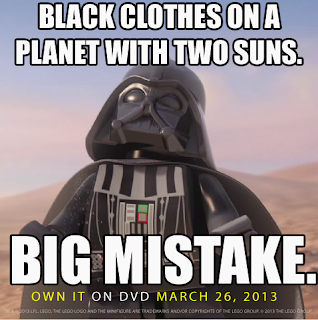 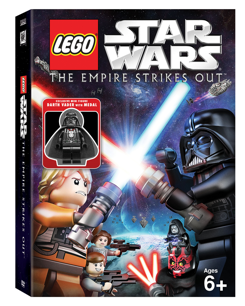 Never Fear!  The Empire Strikes OutTM is out on DVD March 26th


and the Force is Strong with You!

WHAT TO LOOK OUT FOR IN THE EMPIRE STRIKES OUT
On top of all the old Star Wars characters making their debuts as LEGO characters, you will also see more references to the franchise films than ever before, so keep your eyes peeled Star Wars fans.

Luke Skywalker
Luke has just destroyed the Death Star, but can he get away from his adoring fans in time to complete his next mission?

Darth Maul
Much to Vader’s annoyance we see the return of Darth Maul, the painted warrior from The Phantom Menace.

Darth Vader
That’s right people; he is here in LEGO form. The ultimate Sith warrior struggles to adapt when Darth Maul returns to steal his thunder.

A New Death Star
The Emperor decides to build a new Death Star after Luke destroys of the first one. But whom will he choose to oversee the construction?

That Scene with Luke and Vader
Oh yes! That scene is now in LEGO format, but will Vader be able to get those famous words out in time?

Emperor Palpatine
The Sith Lord is back and now has two Darths to look after, but which one is his favorite: Darth Vadar or Darth Maul?

Princess Leia
Princess of the republic, sister of Luke (though he doesn’t know yet… does he?), and Hans’ love interest is just as feisty in her new LEGO form.

Chewbacca
Chewbacca may not be quite as hairy but he’s here and as grumpy as ever. Luckily for C-3PO he’s also lost none of his driving skills. 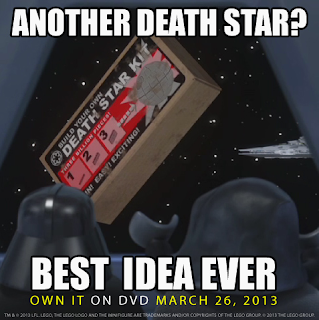 CATCH UP ON PADAWAN MENACE
For those LEGO Star Wars newcomers, or simply the forgetful fans out there, here is a quick fire catch up on the events of the first LEGO Star Wars adventure:

Disclosure:  All information was provided to me.   No compensation was received.  I just wanted to share!