Disclosure: The assets included within this post were delivered to me in promotion of the Walden Family Theater release of the Space Warriors Blog App. The sponsor is responsible for prize fulfillment. No compensation of any type was received for this post.

Walden Family Theater is proud to announce the Space Warriors Blog App and a chance to Win a Family Trip to Space Camp!
Watch Space Warriors on Hallmark Channel May 31st at 8/7C for your chance to win a trip for the whole family to the U.S. Space and Rocket Center's Space Camp! Keep an eye out for the secret keyword for a chance to go on location where Space Warriors was filmed and train like a real astronaut! 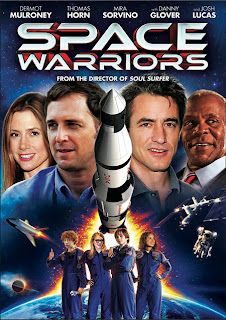 In Space Warriors, six highly skilled teenagers are handpicked to be part of a summer space camp competition but they don’t realize that they will be forced to solve a life or death crisis aboard the International Space Station as the world anxiously watches.

Starring: Thomas Horn, Danny Glover, Josh Lucas, Dermot Mulroney, Mira Sorvino and Booboo Stewart. Space Warriors is the second film in the Walden Family Theater original lineup featuring great family entertainment, airing Friday nights exclusively on Hallmark Channel. Walden Family Theater is creating films for the whole family to enjoy together, so make sure to mark your calendars and gather around the television to watch all the great upcoming films!
Past films include: "The Chronicles of Narnia" series, "Holes", "Nim's Island", "Charlotte's Web", and "Return to Nim's Island."

Want to win a copy of this family movie?  One lucky Shelly's Bits and Pieces reader will win a Space Warriors Blu-ray Combo Pack!  Simply enter on the Rafflecopter form below!

Follow my blog with Bloglovin
By Shelly Leatham at May 21, 2013 No comments:

My daughter has been admitted into the hospital. All reviews and posts are temporarily on hold. I will resume the blogging as soon as she is better. Thank you for understanding. Shelly
By Shelly Leatham at May 15, 2013 2 comments:

*This information was provided to me and I chose to share it. No compensation was received!*

From Walt Disney Animation Studios comes “Big Hero 6,” an action comedy adventure about brilliant robotics prodigy Hiro Hamada, who finds himself in the grips of a criminal plot that threatens to destroy the fast-paced, high-tech city of San Fransokyo. With the help of his closest companion—a robot named Baymax—Hiro joins forces with a reluctant team of first-time crime fighters on a mission to save their city. Inspired by the Marvel comics of the same name, and featuring comic-book style action and all the heart and humor audiences expect from Walt Disney Animation Studios, the CG-animated “Big Hero 6” hits theaters in 3D on November 7, 2014.

Iron Man 3 is now playing in theaters everywhere.  Here is a clip that features a new character, Harley, played by 11 year old Ty Simpkins!  Check it out!

Marvel’s “Iron Man 3” pits brash-but-brilliant industrialist Tony Stark/Iron Man against an enemy whose reach knows no bounds. When Stark finds his personal world destroyed at his enemy's hands, he embarks on a harrowing quest to find those responsible. This journey, at every turn, will test his mettle. With his back against the wall, Stark is left to survive by his own devices, relying on his ingenuity and instincts to protect those closest to him. As he fights his way back, Stark discovers the answer to the question that has secretly haunted him: does the man make the suit or does the suit make the man?

Disclosure: No compensation of any type was received. Just thought I'd pass it along!

*I am working with Chick-fil-A and Chick-fil-A supplied these materials to me. This is a non-compensated post!*

Forget about yesterday, today is #FreshMade! Each day we have a choice, a choice to do the same old routine or do something unique and different.  What have you wanted to do for a long time? 2013 is almost halfway over and it’s time to do something new. It’s time to grow, it’s time to make your dreams a reality. Chick-fil-A is helping you make today #FreshMade, by creating new menu options that you can feel good about! They are introducing 3 new premium salads and an improved wrap all under 430 calories made with premium ingredients.

I am a huge wrap and salad fan and I am thrilled to know that I can get something I crave at a restaurant I love!  You can give it a try at your local Chick-fil-A today!   Want to win coupons to try a salad for FREE?  Simply enter on the rafflecopter form and that winner could be you!

Email ThisBlogThis!Share to TwitterShare to FacebookShare to Pinterest
Labels: chick fil a, Fresh Made, healthy, salad

Disclosure:  For this review I received one bottle of Everest Nutrition Krill Oil.  I did not receive any form of monetary compensation for this posting.  All opinions expressed are my own, or are those of my family, and were NOT influenced in any way. 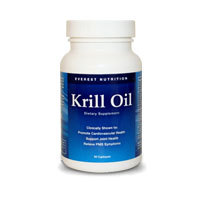 For the last several years, I have been hearing a lot about Omega-3, fish oil and krill oil.  I had no idea what all the hoopla was about until the doctor mentioned it to my mom and grandma.  Although my grandma and mom were taking other supplements, the doctor thought that they would benefit from taking an Omega-3 supplement.  They started taking fish oil, but often complained about the nasty taste, after-taste and "fishy burps."

What is Krill oil? 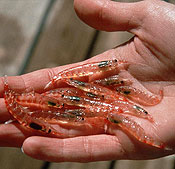 Everest Nutrition’s Krill Oil is extracted from Krill living deep within the waters surrounding the Antarctic. Krill are very small, shrimp like crustaceans found in open seas throughout the world. Research from the scientific and medical communities confirms the incredible effects this oil can have in promoting heart and joint health, lowered cholesterol, improved moods and comfort during menstruation.

After hearing about the benefits of omega 3 krill oil,  I decided to talk to my doctor about it and to find out if she would recommend it for me to use.  Heart disease runs in my family, we closely monitor my cholesterol, and I have arthritis and Sjogrens Syndrome, so my doctor advised me that, "It could not hurt" to give it a try. I would much rather take a supplement now than to add another prescription to my routine.

Research has confirmed Krill Oil’s ability to:
Lower your risks of cardiovascular ‘incidents’ by up to 45%...
Eliminate as much as 55% of artery clogging LDL cholesterol…
Minimize dangerous triglycerides up to 27%...
Reduce menacing heart inflammation as much as 29%...
Increase HDL ‘healthy cholesterol’ as much as 43%...
Relieve the agony and distress associated with stiff joints by up to 29%...
Improve your brain health and memory function by as much as 48%....
Reduce early aging lines in the skin by up to 51%...
Boost your energy by 50%...
Reduce the uncomfortable effects of premenstrual syndrome both; emotionally and physically by as much as 47%...

Before I started taking the Krill oil, I was very concerned that it would have a horrible fishy taste and would give me the "fishy burps" that my grandma complains about.  I am not a seafood person, and I have an allergy to the mussel family, so I was genuinely concerned.   When the sample of Everest Nutrition’s Krill Oil arrived, I started taking it, and I have noticed some positive changes.  My energy has increased and my aching, stiff joints have been feeling better and I have had fewer occurrences.

I recommended Everest Nutrition’s Krill Oil to my mom and grandma.  They have been taking it for about 3 weeks now and Grandma was happy to report that she no longer has those nasty, "fishy burps."  We have noticed that Grandma seems to be showing improvement in her memory and brain function.  Mom feels like her energy level has increased and she says her stiff joints are better too.

My daughter has severe issues with cramps and moodiness associated with PMS, and they are only increased during her actual menstrual cycle.  I will ask her doctor her opinion on adding the Everest Nutrition’s Krill Oil to her diet.  I am happy that I was included in this review.  I learned a lot and am pleased with the results.

Disclosure:  I am participating in a Blog Friendly PR campaign, and I received Krill Oil to facilitate my review.  All opinions are honest and my own, or are those of my family members.  No monetary compensation was received.

Be Back Online Monday!

I'm sure you have noticed that I have not posted recently.  To those sponsors I owe a review, look for them next week.  I will be playing catch up.

The reason for my absence is pretty much LIFE.  I got a small cold which lead me to the hospital!  I am feeling better, but the pollen still has me wheezing and feeling horrid!  My daughter had some issues with her asthma during this same time and we are finally getting things worked out with some of her teachers.  Her Gym teacher was causing issues about her participation, even though she had a doctor's note saying she could not participate at the time.  Lots of drama there, but after my hubby went to all the administrators at the high school, things are fine!  She also has had some "friend" issues and we were beginning to really worry about her.  She was diagnosed today with a mild depression and will continue to go into counseling!  I've dealt with depression and anxiety issues for over 20 years, so I can understand how she feels.  I am glad she was honest with us and we were able to get her some help.

With all of that on my plate, there has been no way I could be on here.  I didn't even bother to check my emails!  Take care everyone and I look forward to getting my act back together, and my blog hopping again!
God Bless you all!
~~~Shelly~~~
By Shelly Leatham at May 02, 2013 1 comment: