I have been having a few computer problems recently and we finally got my laptop back tonight!  That is great news because I have lots of reviews and a few giveaways to post.  The other news is that my family and I will be on vacation until August 2nd and I will not be online.  Upon my return, you can expect a very busy August for Shelly's Bits and Pieces.

Wishing you all a great next week and a half!

PLANES - Race to the Finish! Print and Go Activities

Disclosure: No compensation of any type was received for this post. All assets used were provided to me from Walt Disney Pictures Studio! I just wanted to share!

Summer vacation is in full swing and as you prepare for your next great adventure, Dusty has some fun activities to keep your family entertained while in the air, on the road or in your backyard. Simply Click and Print!

Disclaimer:  I did not receive any compensation at all for this review.  Sponsor offered coupons for my winner for the post.  All opinions are honest and my own.  I do not post about products I do not believe in!  Sponsor is responsible for fulfillment of prize.

J&J Snack Foods' Whole Fruit Sorbet & Greek Frozen Yogurt has been nominated as one of 15 First-Half Favorite Dairy Products of 2013 in Dairy Foods Magazine!! Now it's time to show them that Whole Fruit is your favorite and they need your help!

The winner is selected by voting in a poll on the Dairy Foods website. I'm on a mission to get the vote out! 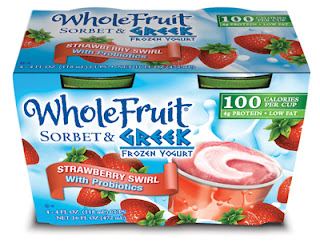 We are huge fans of the J&J Snack Foods products!  I have tried lots of their different products and I have not found one I didn't like!  The Whole Fruit Sorbet & Greek frozen yogurt is beyond yummy.  The fact that it has probiotics, 4 grams of protein and is only 100 calories per cup,  makes it the ideal guilt-free Summer treat!

Want to try them?  Simply enter on the rafflecopter form below and you could win 5 Whole Fruit VIP coupons!

Disclosure:  No compensation of any kind was received.  These assets were provided to me and I wanted to share!

CAPTAIN AMERICA: THE WINTER SOLDIER will be released to theaters on April 4, 2014! 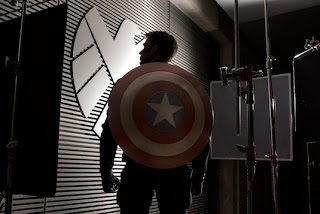 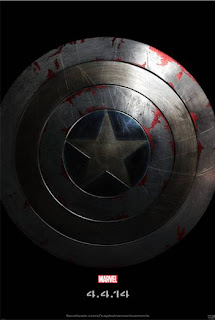 We are getting excited!  Are you?

Disclosure: No compensation of any type was received for this post. I received the information from Walt Disney Pictures Studio and wanted to pass it along! 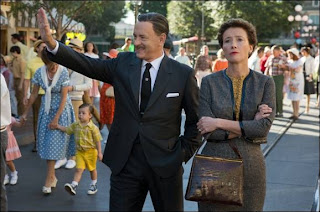 When Walt Disney’s daughters begged him to make a movie of their favorite book, P.L. Travers’ “Mary Poppins,” he made them a promise—one that he didn’t realize would take 20 years to keep. In his quest to obtain the rights, Walt comes up against a curmudgeonly, uncompromising writer who has absolutely no intention of letting her beloved magical nanny get mauled by the Hollywood machine. But, as the books stop selling and money grows short, Travers reluctantly agrees to go to Los Angeles to hear Disney’s plans for the adaptation.

For those two short weeks in 1961, Walt Disney pulls out all the stops. Armed with imaginative storyboards and chirpy songs from the talented Sherman brothers, Walt launches an all-out onslaught on P.L. Travers, but the prickly author doesn’t budge. He soon begins to watch helplessly as Travers becomes increasingly immovable and the rights begin to move further away from his grasp.

It is only when he reaches into his own childhood that Walt discovers the truth about the ghosts that haunt her, and together they set Mary Poppins free to ultimately make one of the most endearing films in cinematic history.

Disclosure:  We are working with Givver and they supplied the information in promotion of Givver & Social Media Giving Day. All opinions are those of the Shelly's Bits & Pieces Family. No monetary compensation was received! Givver is responsible for fulfillment of prizes. 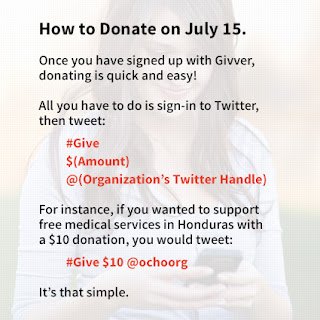 Social Media Giving Day is the same day as Twitter’s birthday: July 15! Partner with Givver.com to make social media matter!
#Give with Givver to help us set a world record for the most donations given in one day through social media!   Will you help us do this?   Givver.com is awesome.   It enables you to donate quickly and easily to your favorite causes with a single tweet!   Whether it’s a non-profit, educational, or political organization you want to support, Givver is here to help you fund and raise awareness for the issues that matter, all by simply using Twitter.
Givver is a great way to show your friends, family, and followers on Twitter that you care in a tech-savvy way!   Let's all tweet to #give to at least one organization that needs our help by using Givver and make social giving go viral this Social Media Giving Day on July 15!   For more information and to sign up to be ready on July 15, visit: https://givver.com/organizations.


To promote Social Media Giving Day, Givver is offering a prize pack to one lucky Shelly's Bits and Pieces reader!  Want a chance to win?  Simply enter in the Rafflecopter form below! 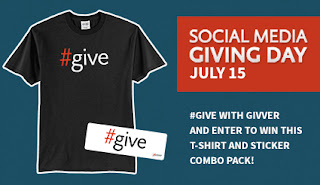 Today was yet another milestone for my teenage daughter! She started the driving portion of her Driver's Ed! She is a good driver already, because we have taken her out for practice at least 3-4 times a week. I'm excited for her, but I'm also a little sad for me! My baby is growing up. 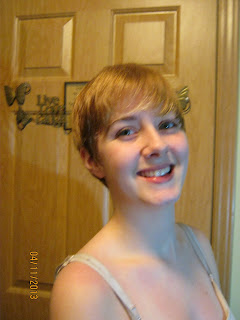 Fire up the grill, dust off your hammock and prep your pool because summer is here!

It’s the perfect time to relax, chill with friends, and enjoy the sunshine. There’s no better way to unwind than with the peace of mind that no matter come rain or shine... your home and appliances are covered, just in case!

Typically, homeowner insurance policies don't offer help when your appliances break down. With the EquityLock Protector plan, you'll safeguard up to $50,000 of the value of your property and ensure your six most essential appliances are protected, including:

Each of your appliances will be protected (up to $1,500 per 12-month period) including repair or, if necessary, replacement.

This summer, get your peace of mind LOCKED!

One lucky Shelly's Bits and Pieces reader will receive 6 months of EquityLock Protector (usually $79.95 a month, that's over $470 in total value) FREE and $15 Equity Lock Home Improvement Cash (cash card to use at all good home improvement stores) FREE. Simply enter on the Rafflecopter form below!

Disclosure: The information has been provided by General Mills through MyBlogSpark.  No compensation of any kind was received!

Looking to take your 4th of July celebration from ordinary to extraordinary? Make Suddenly Salad® your specialty!

By using quick and easy stir-ins, Suddenly Salad can be whatever you make it: a simple side dish, star of the backyard BBQ, or a crowd-pleasing main course.
With seven delicious flavors, there’s a Suddenly Salad mix for everyone and for any occasion. Simply follow the instructions on the box, or visit SuddenlySalad.com for delicious recipes.
Try a Red, White & Blueberry Pasta Salad recipe for your 4th of July BBQ.
My daughter has requested that we try the Red, White and Blueberry Pasta Salad this weekend when we have our family cook out!  Blueberries are a huge family favorite, so I am anticipating that it will be a success!

Disclosure:  We received product to facilitate a review.  All opinions are honest and are those of the Shelly's Bits and Pieces family.  No monetary compensation was received.  Nonni's will be responsible for fulfillment of the giveaway prize.

My family has been addicted to Nonni's Biscotti since the first time we tried them!  They are crunchy and delicious!  When we were offered the opportunity to try the Nonni's THINaddictives, we jumped at the chance.  I can tell you, we were NOT disappointed!

We were sent a box of Pistachio, Cranberry and Cinnamon Raisin.  They are all delicious!!  I honestly cannot choose a favorite!  Six 100 calorie packs come in each box and they are the perfect snack anytime of the day!

Here is what Nonni's has to say about them:  So, thin, soo crunchy, sooo addictive, THlNaddictives are made from a cherished family recipe passed down from generation to generation. Our famous Almond THIN cookies are handmade quality with no two cookies alike. Made with “real” easy to understand ingredients like wheat flour, real dried fruits and whole almonds, THlNaddictives deliver a fresh clean taste in a lightly sweet cookie. Easy to understand, easy to feel good about your smart snack choice and easy to become addictive. THlNaddictives is your everyday snack that delivers great fresh taste and 0 guilt. 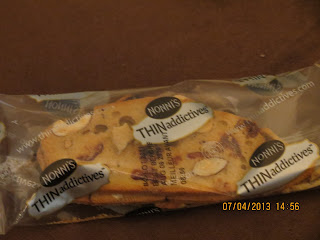 Want to win some for yourself?  One lucky Shelly's Bits and Pieces reader will win SIX boxes of these delicious Nonni's THINaddictives!  Simply enter on the rafflecopter form below!

Disclosure:  I will be compensated for posting this review, however, all opinions stated are honest and my own.  Being compensated has no effect on my opinion, because if I don't believe in something I will not post about it!

Have you ever wanted to have a shirt made for a special occasion like a family reunion, birthday, graduation or anniversary?  If you are like me, you have.  I have done a lot of checking and the customized shirts can be quite expensive.  Recently I found out about Teespring.com.  You can create and sell customized t-shirts with no up front cost.  You simply design your shirt and share the link.  Your buyers pre-order their shirts from your campaign page.  They choose the size so you don't have to order sizes you can't use.

It is very simple to do, and a wonderful idea.  This would be great for someone holding a family reunion.  All of the different family members could go on-line and order the size they want and they can either have it shipped to themselves, or save the shipping and have it sent to you.

I am involved in the Children's Church and this would be ideal for us.  We checked around here and were quoted between $20-$26 per shirt. Teespring.com is much more reasonable and we would have no up front cost.

Next time you are thinking about making a custom t-shirt for something special, check out teespring.com!  I think you will be pleasantly surprised!

I can hardly believe it is July 4th already!  This year is flying by!  I just wanted to wish everyone a safe and happy July 4th!  Thank you all for being awesome supporters of my blog!  Words cannot express the genuine feelings of love I have for all of you!!  Remember as we celebrate our freedoms that FREEDOM is not FREE!  We owe so much to all the past and present military personnel.  Thank you and may God Bless You all!

Disclosure: No compensation was received. I was lucky enough to be chosen for an early viewing of the trailer. All movie information and the photos and video are courtesy of Walt Disney Pictures. 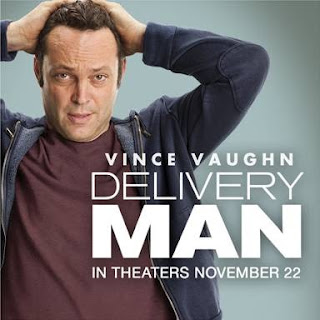 Have you heard about the Walt Disney Studios movie, Delivery Man?  I was lucky enough to view the trailer early, and it looks so funny.  Vince Vaughn is a great actor and the premise of the movie looks hilarious. 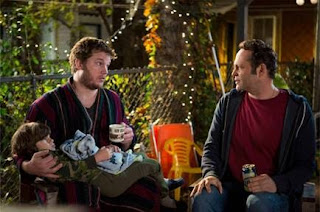