Disclosure:  We received a copy of the DVDs in exchange for our honest review.  No monetary compensation was received.  All opinions stated are those of the Shelly's Bits & Pieces family.  Sponsor is responsible for prize fulfillment.

While helping out at our local elementary school, I noticed that a LOT of the children had on dinosaur shirts. When I was small, I remember reading Danny and the Dinosaur, and I loved that book.  My hubby always loved dinosaurs, and when I started thinking about it, I remembered that when Kat was small, she loved anything to do with those extra large creatures.  She would walk around the house stomping and making loud ROARs!  While she doesn't roar anymore, she still enjoys dinosaur movies and finds their history fascinating. 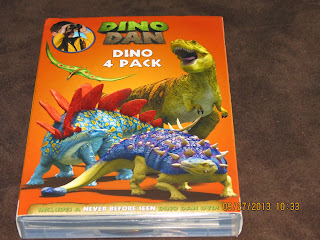 Little man is going through a huge dinosaur period, and it all stems from him watching Dino Dan.  If you have never heard about Dino Dan, here is some information on the TV show.  Dino Dan is an ordinary 10-year old boy with an extraordinary obsession: he eats, sleeps and breathes dinosaurs. A typical day for Dan isn’t complete unless he’s racing a T-Rex on his school track, finding a Pterodactylus in his attic or getting a baby Brachiosaurus back to its mom. But kids don’t need to imagine dinosaurs because in Dino Dan, dinosaurs lurk around every corner, they're behind every mystery, they fuel every adventure, and they help answer questions, too! 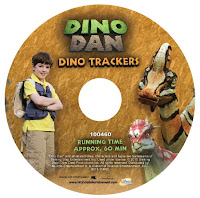 Dino Dan also specializes in getting his contrasting crew of classmates and teachers engaged in his larger-than-life adventures. Not only areDino Dan's adventures incredibly fun, they're also incredibly educational, as each episode centers around a common kid issue like having to play with your little brother, going to the dentist, or trying to win at hide 'n' seek. These, naturally, lead Dan to wonder how the dinosaurs would act in a similar situation.

As Dino Dan comes up with a dino question or experiment to test his theories, he’s also teaching kids about science. If his first theory proves false, Dan comes up with a partial answer or discovers new information to help him resolve the question. Then Dan discovers a new way of tackling the experiment and the problem is resolved.  And since the dinos in Dino Dan don't speak, high-five, or use deductive reasoning, Dan and his pals work with the dinos' instincts as part of their scientific method for proving theories.

So what is behind kids’ fascination with dinosaurs?
Freelance writer and book author Bob Strauss pondered this question for About.com and came up with some pretty solid explanations!! 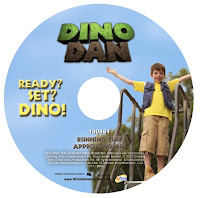 ·      For starters, he believes kids like dinosaurs because the huge, dangerous creatures are extinct, so kids know that dinosaurs are not a threat.

·      He also believe that dinosaurs are also role models for kids because dinosaurs are big and nobody tells them what to do – the exact opposite of a kid, who is small and is always being told how to behave.

· Kids also like the size and scope of dinosaur skeletons, definitely a cool factor! 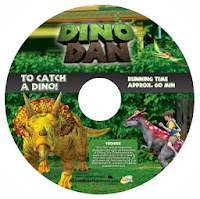 ·      And they also like the possibility that, like Matt Larson, a paleontologist for the Black Hills Institute of Geologic Research, they too might be able to someday discover dinosaur fossils – as he did just this summer in the plains of northeast Wyoming!

And the fun doesn’t stop there!  Fans of Dino Dan can visit the dedicated Dino Dan website at http://dinodan.com/ to enjoy a number of fun and engaging online games including an interactive Dig Site, fun Dino Facts, information about Dino Dan’s friends and even download Dino Dan apps. Dino Dan fans can also visit the Dino Dan Facebook page at https://www.facebook.com/dinodantv.
Nick Jr. also has a Dino Dan website, http://www.nickjr.com/dino-dan/, offering everything to entertain your budding paleontologists, including downloadable prehistoric printables for coloring to engaging dinosaur games and crafty Cretaceous creations including instructions for creating your own dino 3D mobile, a Dino Dan's dinosaur nest and even Dino Dan binoculars.  The Nick Jr. site also has recipes for fun Mesozoic Meals like giant dinosaur track cookies and there’s even a dinosaur Fun Facts for Parents which includes a pronunciation guide for dinosaur names like Euoplocephalus! 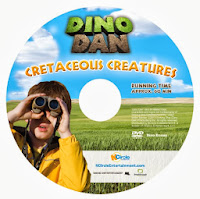 You can buy Dino Dan DVDs in a special 4-pack through NCircle Entertainment.  It has a suggested retail price of $24.99 for four DVDs – Ready, Set, DINO!; Dino Trackers; To Catch a Dino! and Cretaceous Creatures! – the Dino Dan 4-pack also includes a bonus augmented reality feature on the DVD package that, when the code is scanned, brings dinosaurs to life!

Want a chance to win a DVD 4 pack for yourself?  Simply enter on the Rafflecopter form below, and give it a shot!  If you are like me, you will enjoy it a much as your kids do!
a Rafflecopter giveaway

i would give it to my son.

I think mt 2 nephews would really enjoy this dvd set!

I would definitely give this to my oldest son. we both love dinosaurs.

I would give this to my three grandchildren.