Disclosure:  No compensation of any type was received for this post!  I just wanted to share with my readers!


In celebration of Despicable Me 2 coming to Blu-ray and DVD on December 10th, the delightful Minions were let loose in New York City yesterday!  Check out the images and the video of them touring the Big Apple, along with a Minion Munch Chex Mix recipe button below. 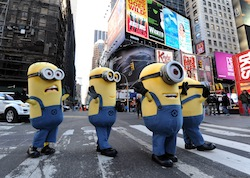 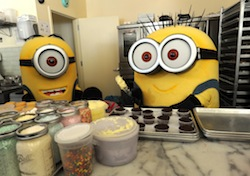 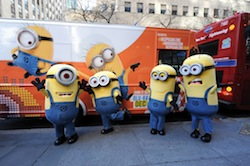 While in New York the Minions visited Magnolia Bakery (where the Minion cupcakes were specially made to mark the occasion), Central Park, FAO Schwarz, Rockefeller Plaza, Time Square, the Theater District and Macy's Department Store. The Minions were even inducted into the Gray Line's "Ride of Fame" with their very own bus! Be sure to look out for the mischievous Minions in the Macy's Thanksgiving Day Parade!

Despicable Me 2 releases on Blu-ray and DVD on December 10th!

Email ThisBlogThis!Share to TwitterShare to FacebookShare to Pinterest
Labels: Despicable Me 2, Minions

I must try the Minion Madness Chex mix!