Since they were old enough to talk, children everywhere have been embarrassing their parents with the insane things they do and say.  NickMom.com and NickMom TV on Nickelodeon embrace the insanity that is motherhood, and allow us to find the hilarity in the mind-numbing things kids say and do! 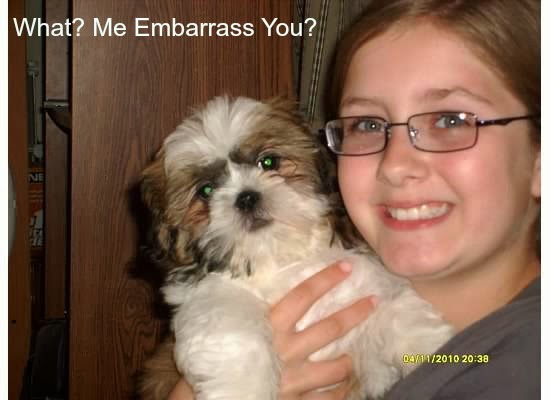 My brother and I caused our parents to have their fair share of red faces.  There was never an occasion that we didn't cause some sort of uproar.  My mother told me one time that I would grow up and have kids that would do the same to me.  I realize now that she must be a powerful voodoo priestess because that hex has materialized in the form of my daughter, Kat. 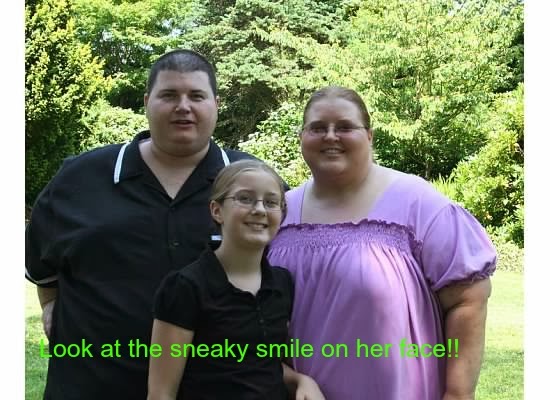 She was riding with my Daddy one day and someone honked at them.  Without hesitation, my precious angel raised her hand and flipped her middle finger in the direction of the horn.  Daddy was mortified and grabbed her hand.  When he asked her where she got that from, she sweetly replied that, Mama does it every time someone honks at her!"

Hey, Don't judge.  I did it once and the non-driving so and so almost rear-ended us.  Um, did I mention my daddy was a minister?  He was so proud...NOT!  OOPS. 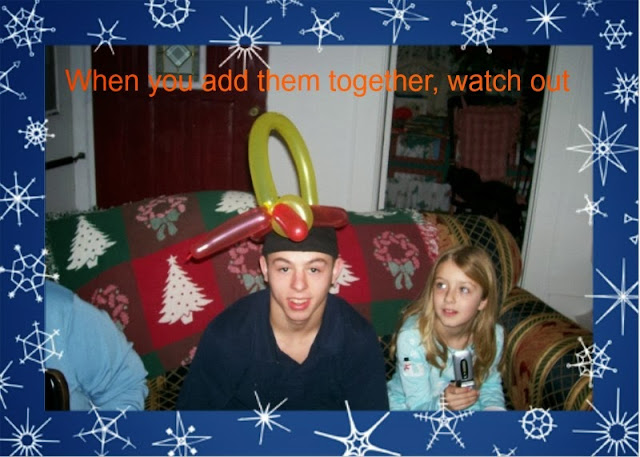 As we grow nearer to Thanksgiving, I am reminded of what it means to me.  Thanksgiving is a special time of year when we join together with family to reconnect, remember the good times and be thankful for everything we have.  Sometimes asking a child what they are thankful for can start a conversation that takes years to get over.  We have a tradition of asking each child what they are thankful for while we are waiting to eat lunch at Grandma's house.  After answering the question several times, my daughter responded this way, "I'm thankful for lunch, so you'll shut up asking me questions."   After my mom finished chewing my ear off about how my kid talked to an adult, I was ready to kill.  Little did I know the insanity had just begun. 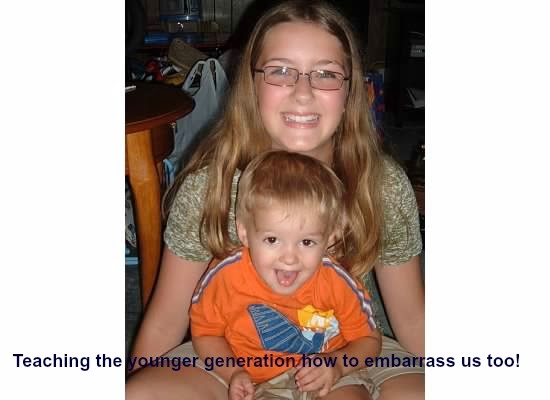 Grandma, Mom and I were preparing the plates for the children when grandma asked my daughter if she wanted some green bean casserole.  The remainder of the conversation went something like this:

Kat:   (whispering) "Who made the casserole?"
Grandma: "What?  You have to speak up, I didn't hear you."
Kat:  (speaking in a normal voice)  "Who cooked the casserole?"
Grandma:  "Your Aunt Kay did. Why?"
Kat:  "Because she cooks with poop."
Grandma:  (looking bewildered and frustrated)  "What are you talking about?"
Kat:  (now yelling loud enough for the entire block to hear)  "I don't want any of Aunt Kay's casserole.  She has boogers and feeds you dookie."
By now, Grandma is annoyed and the entire family has appeared from the living room to find out what was going on.
Grandma:  :What? She does not.  Why did you say that?"
Kat:  "Because Mama told Daddy to stay away from snotty Aunt Kay's food because it tastes like crap."

BUSTED!  Wonderful!  Did I fail to mention that the adult she said she wished would shut up was Aunt Kay?  (There was a bright side to that story.  Aunt Kay stopped cooking that casserole and now sticks to bringing rolls! )

Grandma's house is not the only place she has me wanting to run for cover.  At school she told the teacher she was thankful the bell rang because the story she was reading was dumber than dirt. (She picked that up from Granddaddy.)  She also told that same teacher that she needed a Tic -Tac because her breath "stank."  (Thanks to Donkey from Shrek).    OH...and there is that nasty habit that she got from her daddy.   While we were in a store full of Black Friday shoppers, she passed gas.  It was not only loud, but smelly.  I was only mildly embarrassed that she did it, until she loudly exclaimed, "Mama, you should have gone to the bathroom.  You Stink!"   Ahhh, the joys of motherhood!

Everyday is a new adventure, but I wouldn't have it any other way.  She's mine!  And I know that one day, that hex Mom put on me will be transferred to her.  I can only imagine what her kids will come up with!  I might even have to give them pointers.  HE HE HE

What kinds of things do your kids say to embarrass you?  Do tell!
By Shelly Leatham at November 21, 2013

OH my gosh HAHAHA! I'm dying laughing! Your daughter is one smart whippersnapper. My eldest blames me for his farts. Luckily, My youngest will admit to farting every time someone else does it. I dread the day that stops happening. I am totally open about the fact that I rarely wear underwear, but not so much that I want people in stores to know about it. My favorite is when I go try on a dress and my daughter screams, "EEEEW! Mommy's not wearing any underwear!" I want to run and hide. Just for your ease of mind: Any time I try pants on, I make sure to wear a pair. :) #client