Walking with Dinosaurs The Movie Migrating to Blu-ray™ 3D, Blu-ray and DVD March 25 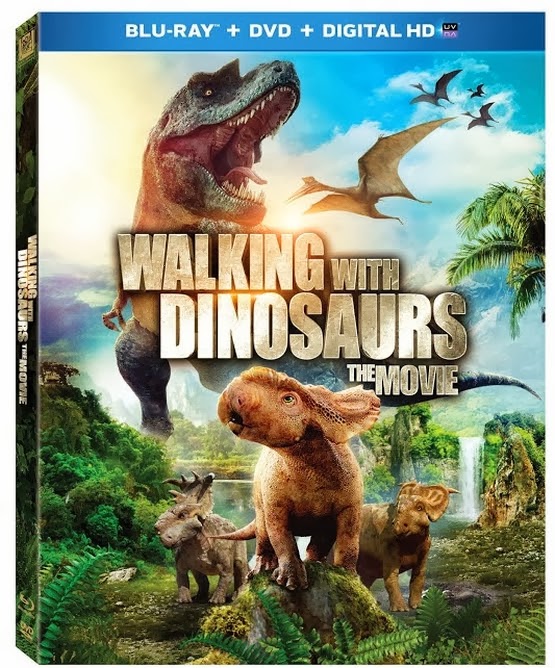 Twentieth Century Fox Home Entertainment and BBC Earth Films invite you to bring home Walking with Dinosaurs The Movie, an awe-inspiring adventure 70 million years in the making, now stomping in just in time for Easter.


Dino fans of all ages will be ‘herding” to get their own copy of Walking With Dinosaurs The Movie, releasing on Blu-ray™ and DVD March 25. Hailed by viewers for its explosive visual achievements, Walking With Dinosaurs The Movie is "Jurassic Park meets The Lion King” (The Today Show) and “…too good a visual treat to miss” (Philadelphia Inquirer).


Experience the spectacular story that brings dinosaurs to life and the viewer back in time. Directed by Barry Cook (Mulan, Arthur Christmas) and Neil Nightingale (Meerkats: The Movie) and the writer behind the hit film Happy Feet, Walking With Dinosaurs The Movie features heart-warming performances from an incredible ensemble of Hollywood’s biggest stars including: John Leguizamo (Ice Age, Rio 2), Justin Long (Alvin and the Chipmunks, Dodgeball) and Karl Urban (Star Trek).


Satisfy your omnivorous appetite with tons of interactive bonus content including:


Filmed with the latest in cutting edge 3D technology, Walking With Dinosaurs The Movie taps the masterminds behind visual hits like Avatar, using Cameron Pace Fusion 3D technology to fully immerse viewers while recruiting animation house, Animal Logic (The Matrix Trilogy, 300), to bring digital dino magic to life by creating photorealistic dinosaurs based on paleontological research from world experts retained by the BBC.


Synopsis:
The gigantic voice talents of Justin Long (Alvin and the Chipmunks franchise) and John Leguizamo (Ice Age franchise) take you on a thrilling prehistoric journey the whole family will enjoy! In a time when dinosaurs rule the Earth, the smallest of the pack — a playful Pachyrhinosaurus named Patchi — embarks on the biggest adventure of his life. As he tries to find his place in a spectacular world filled with fun-loving friends and a few dangerous foes, Patchi will discover the courage he needs to become the leader of the herd...and a hero for the ages.


The film’s run time is approximately 87 minutes and is rated PG for creature action and peril, and mild, rude humor.
By Shelly Leatham at February 10, 2014