Need for Speed Heads Up! Coming to Blu-Ray and DVD on August 5th 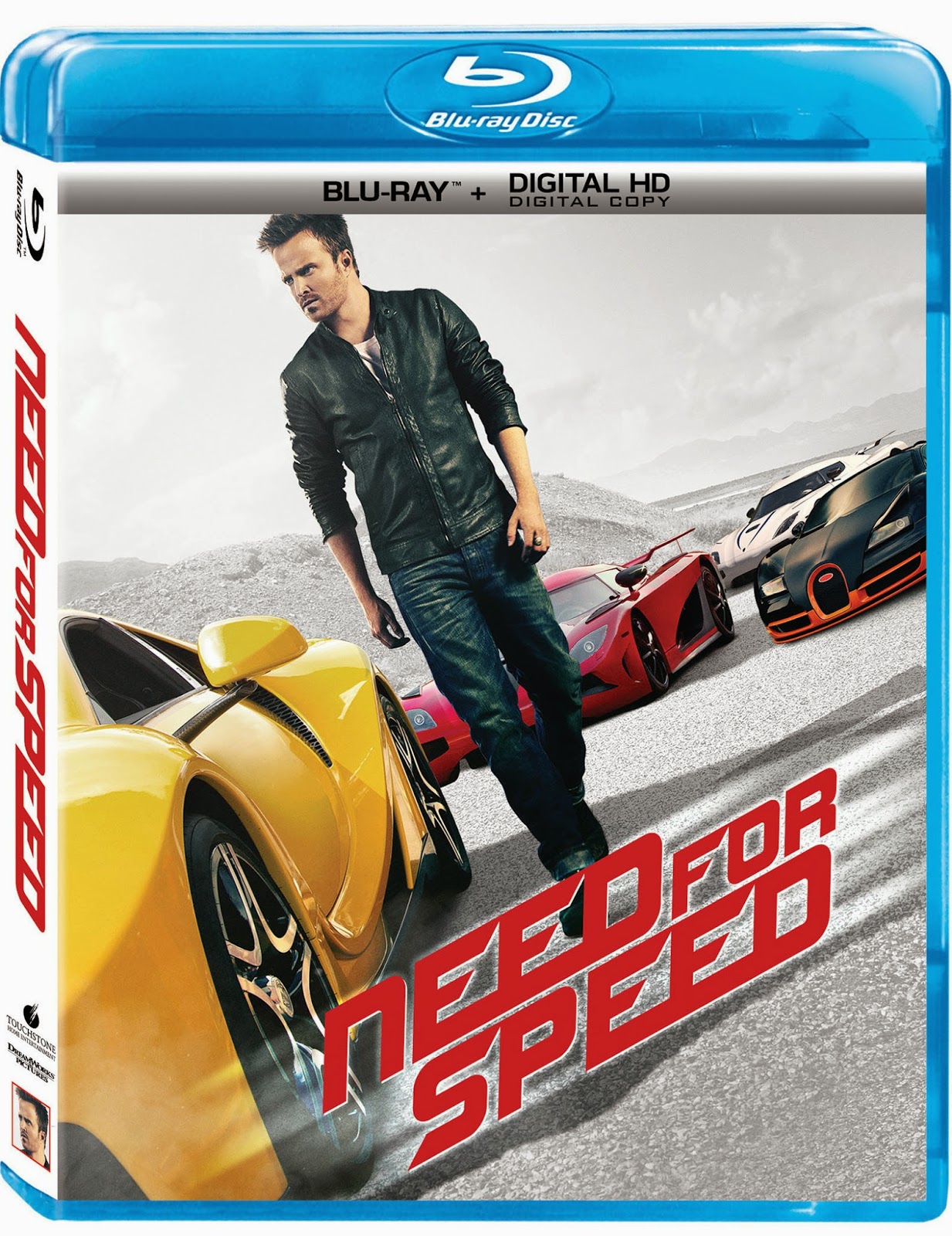 This summer, own the year’s ultimate thrill ride when Need for Speed races home on  Blu-ray Combo Pack, Digital HD, DVD and On-Demand August 5th, 2014, from Buena Vista Home Entertainment. Based on the best-selling video game series, this action-packed movie drives non-stop excitement into your home in various home entertainment models, each tricked out with never-before-seen bonus features you won’t want to miss!

Buckle up with star Aaron Paul (“Breaking Bad”), Dominic Cooper, Imogen Poots, Scott Mescudi (aka Kid Cudi), Dakota Johnson and Michael Keaton in this high-speed tale about an underground driver (Paul) who sets off on a race for revenge against the wealthy ex-NASCAR driver (Cooper) who framed him for a crime he didn’t commit.  Delivering real speed, real danger and real action, this turbo-charged thriller explodes on screen on Blu-ray and Digital HD with spectacular high definition picture and sound!

Then, experience first-hand what it took to make this breakthrough action hit with a series of revealing featurettes. First, go behind the wheel for an up-close look at what it took to capture the movie’s intense car stunts on camera with “Capturing Speed: Making An Authentic Car Movie”; next, meet the Gilbert family, four generations of professional stuntmen, who turned the Mustang hero car’s astonishing “grasshopper” jump over four lanes of traffic into a family affair in “Ties that Bind”; then, experience the Need For Speed traveling road show as the movie films from one end of the country to the other in “The Circus is in Town”; finally, discover how the movie’s stunning soundscape helps put the audience in the driver’s seat by recording “car bys,” accelerations, donuts, skids—and the "gnarly" signature sound of the hero Mustang - in “The Sound Of Need For Speed.”