Disclosure:  I participated in this event on behalf of Wendy's Bloggers for Pirate's Booty. I received Pirate's Booty products to facilitate my review.  All opinions stated are those of the Shelly's Bits & Pieces family 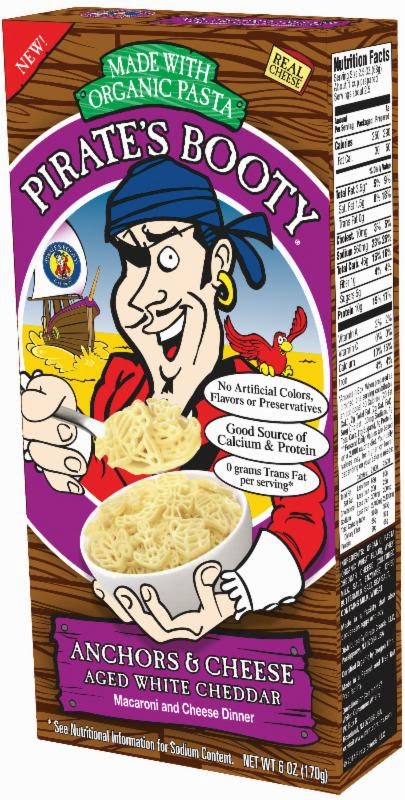 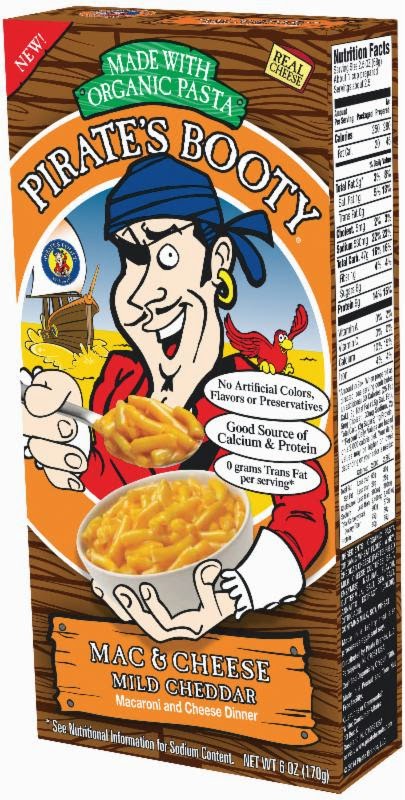 As a way to introduce their new mac and cheese products, Pirate’s Booty has a contest for the Mac and Cheesiest Cheesy Joke.  The submission period started June 4, 2014 and ends tonight, July 14, 2014.   You can submit your entries through Facebook, Twitter, Instagram, or Vine using hashtag: #MacAndCheesyJoke and if using Instagram, Vine, or Twitter tag @PiratesBooty.  Get your entries in!!

Kat decided to give her own joke a try.  Here it is:  Where do Pirates come from?  ARRRgentina of course!

We really loved the mac and cheese.  I was not sure how Kat would respond to the color since she was used to the yellow orange cheese color, but she LOVED the aged white cheddar.  She made 2 boxes the first night because a couple friends were over, and it did not last long enough for me to get a photo. The next night, she made two more boxes.   They were gone just as fast!

Get those jokes over!  I'm sorry for the delay in posting, but I have been ill.  HOWEVER, I could not let the contest end without posting!   GO GO GO!  No purchase is necessary to enter the Pirate's Booty Mac & Cheese Cheesiest Joke contest.  First prize is a family vacation for four to Wisconsin Dells (includes round-trip coach flights, ground transport, hotel (4 days, 3 nights), and four amusement park tickets.

Disclosure:  This is a non compensated post.  Orkin, LLC is responsible for the information provided and for prize fulfillment.  Each household is only eligible to win 1 Orkin Backyard Explorers Kit via blog reviews and giveaways. Only one entrant per mailing address per giveaway. If you have won the same prize on another blog, you will not be eligible to win it again. Winner is subject to eligibility verification.

When life hands you dung, just roll with it.
At Orkin, we never stop learning. Our new “Bug Wisdom” video series is a reminder that some of life’s biggest lessons come from small places. Bugs are smart, curious creatures – we humans can learn a lot from their ways.

Take the quiz to discover your “Spirit Bug,” and check out all the GIFs to soak in every nugget of wisdom that these bugs have to offer!
The Orkin Man always knows what to look for when he shows up at your home. If you want to get exploration down to a science, be sure and enter to win Orkin’s Backyard Explorers Kit! 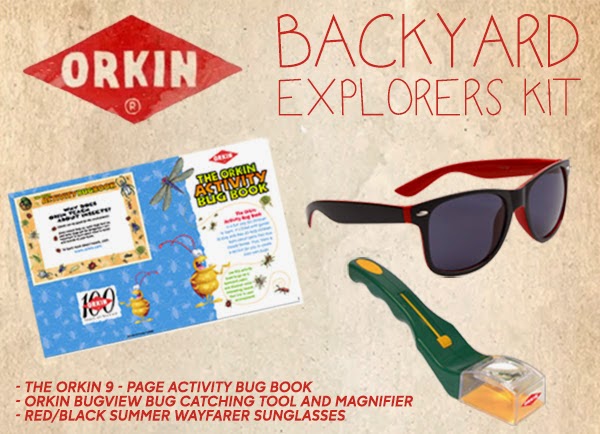 GIVEAWAY!  Enter to win the Orkin Backyard Explorers Kit by entering on the Rafflecopter form below!

Disclosure:  We received free product to facilitate our honest review.  No monetary compensation was received.  All opinions stated are those of the Shelly's Bits and Pieces family.

A few years ago, my family had the opportunity to try Nonni's Biscotti.  We fell in love with it immediately.  The taste is wonderful and the selection is awesome!  We became a Nonni's family after that trial.  We keep Nonni's in our house!  In July of last year, we were offered the chance to review Nonni's new THINaddictives.  They were delicious too!  Fast forward to 2014, and Nonni's has added some new flavors to their THINaddictives line. 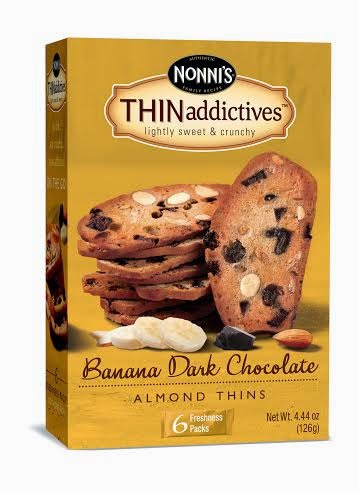 We received a box of Banana Dark Chocolate and Blueberry Oat Nonni's THINaddictives to try out and all I can say is YUM.  I am a big banana lover, but not so much a dark chocolate eater, so I was worried at first.  I should have known better, because they are light, crunchy, and delicious.  I actually had to hide the last couple packs from my family so I could get to eat them.  Kat and Chefy devoured the box of Blueberry Oat without even offering me a bite.  I will have to buy more at the store to even taste them, but according to Kat, they are, "Da Bomb."  They are the ideal guilt free snack! 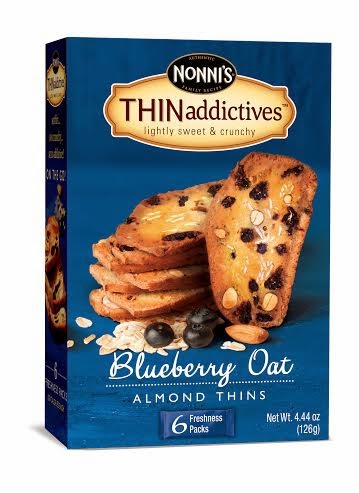 ~~~GIVEAWAY~~~
Want to try these for yourself?  Two lucky Shelly's Bits and Pieces readers will win 2 boxes of the new flavors of Nonni's THINaddictives!  Simply enter on the rafflecopter form below and you could win!

Disclosure:  I participated in a campaign on behalf of Mom Central Consulting (#MC) for Shire. I received a promotional item as a thank you for participating.

Raising a child at any age is challenging, and when it comes to mothers and daughters, the dynamic can be even more complex. What some may dismiss as “typical tween girl behavior” can sometimes be symptoms of something more serious. Research suggests that girls are more likely than boys to report having mostly inattentive Attention- Deficit/Hyperactivity Disorder (ADHD) symptoms. Since inattentive symptoms can be less noticeable than hyperactive and impulsive symptoms, it is important that moms know what to look for.

That’s why I’m pleased to be joining Shire, CHADD and Holly Robinson Peete to announce the launch of keep momming, a new public service initiative geared towards the moms of tween girls to raise awareness of ADHD.

The campaign is anchored within a new digital hub, KeepMomming.com, where you’ll find tips, tools and other go-to resources for moms, including a checklist to help recognize the symptoms of ADHD – inattention, impulsivity, and hyperactivity – and then encourages moms to talk to their daughter’s doctor. The keep momming initiative can help moms learn about ADHD and provide ideas on how to spark a conversation and stay connected with their tween.

Check out Holly’s message about how she keeps momming http://goo.gl/MR8HL2, and don’t forget to visit KeepMomming.com.

We have finally moved into our new home!  My home office is almost complete, so I can get back to normal with my posts and giveaways.  I posted last month about our air conditioning system being out and that we were looking for somewhere to move.  We actually ended up with 2 places to choose from, and I am excited that we chose the bigger house.  We now have a 3 bedroom, 2 bath brick house.  One thing I love about the house is that we have a huge bonus room that was added a few years ago and it is ideal for our scrapbooking/crafting/party area!

We finally managed to get all our utilities installed and I am back to normal with my internet!  Chefy is pleased because when we transferred our directv, we opted for a new contract and updated to the genie and we get the NFL Ticket package totally free this year!!  WOOHOO!  We decided to only have the satellite available in the family room and in our daughter's "Chill room," so our bill is going to be cheaper too!

Thank you all for bearing with me during this move!  I owe some reviews and giveaways, and they will be posted ASAP!  Looking forward to living better and getting more accomplished in our new home!