Hello everyone!  I can hardly believe this is 2016.  So many big things are happening this year and it is unbelievable!

If you are a blog follower, you already know that my posting was sporadic the last several months.  My family was going through a lot and I am so thankful that things are looking better.  My grandma, who turned 88 in December, had a stroke earlier in the fall and gave us all a huge scare.   She is doing better, but the alzheimer's has really started to rear its ugly head.  She is much more forgetful, and she has had periods of confusion and times when she seems to drift off and become unaware of her surroundings.  We are thankful for every day we continue to have with her! 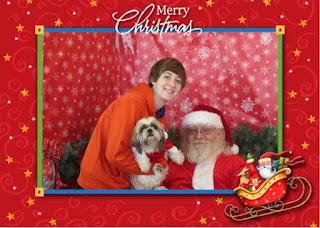 Kat is in the middle of her senior year and she started having some issues with bullying and stress about making A's and taking the SAT really got to her.   She had a breakdown and was hospitalized for almost a month in the fall too.  This really opened my eyes!  I had no idea that she was depressed.  I had tried to talk to her about some things and she would always say that things were "fine."  I now realize that  FINE is really the F word for her!  She was not fine!  I am so thankful for her cousin texting me to tell me to check on her.  She admitted that she had considered suicide and was still having the thoughts, so we did the best thing and took her to the hospital.  We found out later that she had attempted to hang herself, but that she was too tall.  Thank God!  She had some extensive therapy and has turned around 100%.  She has started going back to church with us and she now talks to me when she is having issues!  No longer suicidal, she has even counseled a friend who was contemplating it!  We allowed her to take her classes online with Apex Academy and will return to school for her final semester in mid January!

Chefy and I have had a few illnesses, but all in all, we are doing great.  I have done a lot of praying about what I need to do, and I will be continuing on as a blogger this year.  I am scheduling time to do everything I need to do, so I should have time to get it all done!

If I owe a review, I will be posting them this month, in an attempt to get caught up.  I apologize for the delay, but my family has been and will always be my top priority.  Thank you for bearing with me.

I'll leave you with this thought...If someone you love is starting to pull away from family, exhibits suicidal behavior, or shows signs of depression or anxiety, Take them Seriously!

Email ThisBlogThis!Share to TwitterShare to FacebookShare to Pinterest
Labels: 2016, personal

It seems as though a lot of people had a rough year in 2015. I am glad it is over. Thank you for the info about depression, we all have to be more aware of this in our children. Wishing you and your family all the best and a better year for 2016.
twinkle at optonline dot net