Happy Hanukkah to all Our Jewish Friends and Family! 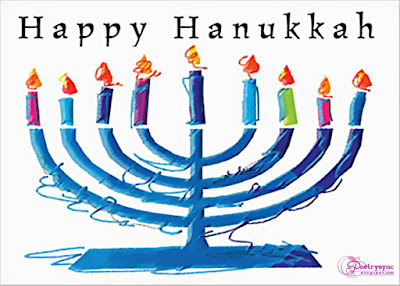 How is it spelled, Chanukah or Hanukkah?    In the Hebrew, Chanukah is pronounced with the letter chet. The chet’s “ch” sound is not enunciated like the “ch” in child; rather it’s a guttural, throaty sound—like the “ch” in Johann Bach—which does not have an English equivalent. The letter “H” is the closest, but it’s not really it. So while some people spell and pronounce it “Chanukah” and others settle for “Hanukkah,” they really are one and the same.

Hanukkah is the annual Jewish Festival of Lights that starts on the 25th day of Kislev as per the Jewish calendar. It is an eight-day festival of religious observance by Jews across the world. Hanukkah celebrates the victory of Jewish troops led by Judah Maccabee over the Greek soldiers, the miracle of purified oil, which lit Menorah for eight days continuously, and the rededication of Holy Temple in Jerusalem. In this article, we have compiled some interesting facts about Hanukkah.

How is Chanukah celebrated?
On each of the eight days of Chanukah, a menorah(nine-branched candelabra) is lit, after nightfall (aside for Friday afternoon, when the candles are lit shortly before sunset). On the first night one light is kindled plus the shamash (attendant candle), on the second night two lights plus the shamash, and so continued until the eighth night when all eight lights plus the shamash are kindled. The menorah lights can be either candles, or oil and wicks. 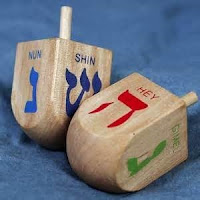 Hanukkah for Jews is as important as Christmas for Christians
By Shelly Leatham at December 26, 2016

I have never celebrated Chanukah but my friend says it's 8 days of pretty heavy partying. It sounds interesting. Thanks for sharing the information. kristiedonelson(at)gmail(dot)com Thank you. Happy 2017!

Found your post interesting to read. I cant wait to see your post soon. Good Luck with the upcoming update. This article is really very interesting and effective.