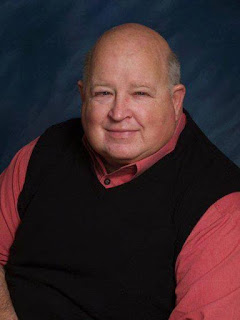 Five years ago today, the greatest man I ever knew, who was the first man I ever loved, my daddy, passed away.  The emotions I felt on that day are still inside me, reminding me that the one man I knew would shoot straight with me and still protect me with his life, is no longer with me.  Yes, I do feel his presence and I know that the love we had for each other will go on for eternity.  I just want to see his face, smell his cologne and get a hug, one last time.

You see, I feel cheated.  Daddy went into the hospital on January 26, 2012 to have a heart cath.  We  knew something was wrong when they brought him back up in less than an hour.  The doctor told us that he needed a bypass and they scheduled it for the next day.  Mama spent the night at the hospital and they sent me home.  Surgery got scheduled for 6 am and they said it would be a while, so Mama told me to just come in when my hubby went to work.  I did.  We waited hours for some info before they gave us an update.  Daddy had 4 blockages and would be longer than expected.  In the late afternoon they told us that the surgery had gone well and that he was resting.  The doctor sent us home later that evening and told us that Daddy was fine and that they would be removing his breathing tube during the night.  Mom and I reluctantly went home.

I woke up at 2 am and had a bad feeling so I called the hospital to check on Daddy.  The CICU told me that he was having an issue and that the doctor was on the phone with Mama.  I jumped out of bed and drove the normally 40 minute trip to the hospital.  I made it in about 20 minutes.  When I got there, Mama met me in the CICU waiting room.  Within minutes the doctor came out to tell us that there had been a problem and that Daddy had been put back on the breathing machine.  Later that afternoon, Daddy suffered another setback and was taken back to surgery to have his chest reopened.  For the next week, we spent day and night at the hospital, sleeping intermittently in the waiting room and going to sit with Daddy in the CICU about 15 minutes every hour.  They were keeping him on fluids and his body started to change.

On February 2, 2012, Chefy brought Kat up to the hospital.  She had been begging to come see her Gdad so he finally gave in.  I took her back to the CICU and stayed as she held her gdad's hand and told him she loved him.  We watched his brain waves react to her and noticed his heart rate increase as she talked.  Her visit lasted less than 5 minutes, but she was satisfied.  As Kat went out, the nurse came in to check on Daddy and I rubbed his hands and his cold feet.  They were keeping his room cold to lower the chance of infection and only his hands, lower legs and feet were uncovered so I could touch him.  I started to notice that his heart rate was starting to drop and I started freaking out.  I was screaming and calling his name.  Within 2 minutes, his heart rate went to nothing and they had to revive him.  Mama and I sat down with Kat and talked to her to explain what had happened.  We prayed together and Chefy took her home.

Mama and I had a restless afternoon and night.  We had been moved into a family room by the doctor and we did a lot of crying and praying.  Mama and I took turns going back to sit with Daddy.  I noticed that his brain waves no longer were reacting when I talked to him and his heart rate remained low.  About 2 on the morning of Feb. 3, 2012, I came back into the family room after checking on Daddy.  Mama and I started talking and we both knew that he was no longer with us, so we asked for his doctor to come talk to us.  She verified that Daddy was no longer viable but that they had been keeping him alive for us.  We told her that we wanted to call in everyone so they would have the chance to say goodbye.  Everyone came that morning and it was time to say our final goodbyes.  My sister in law and I stayed with Daddy and I held his hand as the machines were disconnected.  That was the hardest thing I ever did.  As I said, I was cheated.  I didn't get to hug and kiss my daddy that morning before his bypass surgery, and I did't get to tell him I loved him one last time.

Sometimes it seems like Daddy has been gone for a long time, and other times, the pain is so raw, it feels like just yesterday.  My daddy was a minister and I know he was a great Christian man.  I know I will see him again one day.  I would not want him back here with me if he was suffering, and I know that God doesn't make mistakes.  My mind knows that, and deep in my heart, I do too.  BUT today, I just want my daddy!

I miss you Daddy and will always be your Baby Girl!! 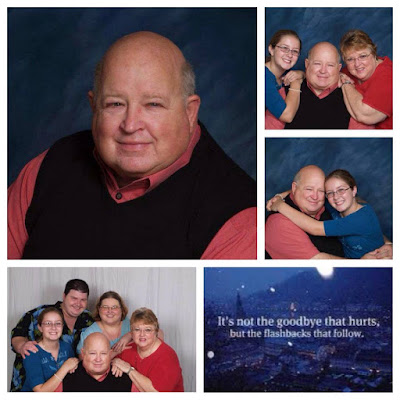