Disclosure:  This is a sponsored post to share this wonderful Inspirational Family Movie with my readers.  I will receive a gift for sharing.  All opinions stated honest and have not been influenced at all.  No monetary compensation has been received. 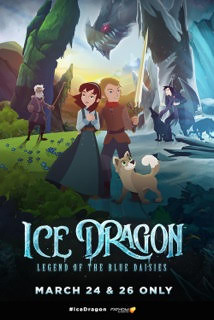 Based on a short story by Canadian director and producer Bruce Stacey (“God Rocks!,” “Journey to Christmas”), “Ice Dragon: Legend of the Blue Daisies” will premiere in U.S. cinemas for a two-day-only event. This is the ﬁrst of a planned trilogy that will follow the adventures of Melody, a gifted young dreamer, and her feisty friend Leif, as they work together to save their village from a menacing dragon. 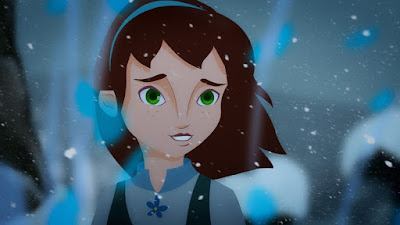 “Ice Dragon: Legend of the Blue Daisies” is based on a short story by Canadian director and producer Bruce Stacey, his faith-based adventure features the voice talents of Rheal Rees (Melody), Justin Debé (Leif) and Bill Bray (Nicholai). 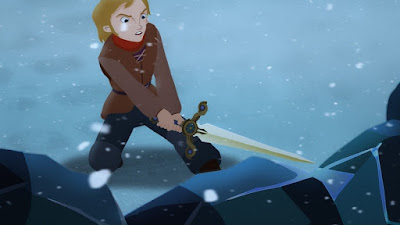 
Tickets for “Ice Dragon: Legend of the Blue Daisies” can be purchased online by visiting www.FathomEvents.com or at participating theater box offices. Fans throughout the U.S. will be able to enjoy the event in nearly 700 select movie theaters through Fathom’s Digital Broadcast Network (DBN). For a complete list of theater locations, visit the Fathom Events website.

*Remember* The family-friendly story of “Ice Dragon: Legend of the Blue Daisies” is coming to cinemas nationwide on March 24 and 26 only. Moviegoers of all ages will enjoy this thrilling adventure, along with the short film and music video. You can get tickets at FathomEvents.com.
By Shelly Leatham at March 19, 2018